STAG an immersive horror experiment is a Haunted Attraction located in Saginaw, MI. 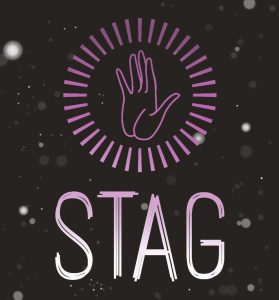 In Saginaw Michigan, there is an attraction that can perhaps be best described as “extreme theater meets haunted attraction.” This immersive psychosexual, horror-art experience is the only one of its kind in the State and, believe me, it is most definitely not for the faint of heart. You must be prepared to be manhandled, left alone in the complete darkness, stripped of your clothing, and ready to make snap decisions. You will be touched all over, tied up, and commanded to do things you would never normally do. I came out of the attraction left with nothing but my undershorts, my head soaking wet, covered in theatrical blood and I was grinning from ear-to-ear! Welcome to Stag: an immersive horror experiment, PERVERSION.

Stag has a cast of 15 to 18 volunteer actors on any given night, many of which are involved with the local theaters and other haunts in the area. The actors here are what really make this attraction special. I found their acting abilities to be on a whole different level when compared to that of your average haunt. The cast is very committed to their roles, never once breaking character. The intensity of several actors was at a very high level, often times commanding me to do different things… and obey their commands I did! The dialogue used was creative and memorable. There were many scenarios when the actors needed to use improvisation based on how I reacted to their commands and, I must say, most of them ad-libbed beautifully. There were a few actors who spoke very little, using body language as the preferred form of communication. There was one woman in particular that used this method of acting perfectly. There was one moment she had me rather smitten with her and, a few minutes later, had me utterly horrified… all the while never speaking a word! One word that comes to mind regarding the actors at Stag, and that is BRAVO!

While I didn’t see any elaborate costuming or makeup effects, everything was appropriate for the characters that the cast was portraying. Distressed street clothes, some of which stained with theatrical blood, and solid makeup effects were the norm. But, elaborate costuming wasn’t necessary and, in fact, it would have been out of place at this particular attraction. There are no monsters or fictional characters at Stag. The actors are portraying real people. Granted, people with some serious mental issues: an abusive father, an insane religious leader, a kidnapped victim, a nymphomaniac and several characters with sadomasochistic tendencies. These are the types of characters I came into contact with during my experience; all of which were dressed quite appropriately.

The Perversion event was held at The Pit & Balcony theater, which we easily found using GPS. There was an illuminated sign out front letting us know we were at the right place. We found ample free parking available in a lot behind the theater. Waiting is indoors in the theater’s lobby (which included two spotless restrooms). There are even a very comfortable couch and several chairs that you can use if you happen to have a longer wait time. Like with most haunt owners, Blayne is one of the nicest people you will ever meet. I ran into her outside when I arrived and found her to be very informative and accommodating. She walked me through the waiver signing process and went over the rules with me. She also suggested that I remove my eyeglasses and ball cap before entering, as I would most likely lose them both during my tour. Because of the extreme nature of Stag, it is of the utmost importance that you know what you’re getting into before you begin the experience and the crew here do an admirable job of explaining and preparing you for your journey.

Before beginning my journey into the actual haunt portion, I was led by the hand by the owner (Blayne) through the auditorium, and told sit and wait alone. Moments later, a man opened a door and instructed me to come outside with him. I was then blindfolded, bagged, had my hands tied and was placed in the back of a van. While being driven to the haunt, I noticed an eerie soundtrack with people whispering strange things in the background. There was another person in there with me who claimed we were being “taken” and that we “had to find a way to get out!”. I was also lightly touched on the face, arms, and legs. All of this really got me creeped out and very excited for the dark journey to come.

You won’t see any animatronics or high-tech effects and, similar to the costuming, they would be out of place at this attraction if present. Again, Stag takes place in a creepy basement. The cold, damp concrete floor, the pitch-black darkness, and a strange, foul odor in the air are essentially the special effects. Stag excels at using everyday, household items for their props and decor. From the old Bible and rosary beads in the religious cult scene to the poo-covered toilet paper in the cardboard box I was shoved into, it all worked quite well in helping me believe that what was happening was very real. While it was quite dark for the majority of the tour, scenes that required lighting were done well and strobe lights were used to great effect. There was also a creepy soundtrack and sirens blaring throughout.

There isn’t really an overlapping theme from scene to scene or an actual storyline. However, from room to room, everything fit in well with the event’s namesake “Perversion.”

Because I’ve been to literally hundreds of haunts over the years, I’m extremely difficult to scare. I honestly never imagined myself rating the Fright Effect of ANY haunt quite this high. But, then again, this isn’t your typical haunted attraction. Indeed, this was something else entirely. When an attraction has a safe word, you know you’re in for something horrifying. Stag is a very physically immersive experience. I was forced to crawl and, in fact, I crawled more than I walked throughout my experience. I had a bag placed over my head numerous times, but it was in those moments when the bag was removed that induced the greatest fear effect. I soon learned that each time the bag was slowly taken off, it would reveal something terrifying and unimaginable. It must be said that is a FULL CONTACT haunt. The actors WILL touch you here and, at times, in the most unusual and utterly creepy ways. At times I was manhandled, while in others caressed and hugged. My head was dunked in ice-cold water numerous times while I was being “cleansed” by what I imagined to be a demented religious cult leader. I had things shoved in my mouth and was touched in ways I never thought imaginable. I actually considered speaking the “safe word” on two separate occasions, which was a first for this reviewer! I honestly can’t imagine a more terrifying experience than the one I had at Stag.

There are two ways to experience Stag, alone or as a couple. The alone option is priced at $25 while it’s $60 for a couple (which Stag refers to as the “pu**y option”). Timed tickets are available online and, while tickets are available on site, it is a good idea to buy your tickets online ahead of time to reserve the time slot of your choosing. It took me approximately 30 minutes to escape the bowels of “Perversion” going through solo, though I must say it seemed much longer. This is an excellent value when considering the quality of the show and the fact that the event is experienced alone, or in pairs. Stag is open select weekends, usually in August and again in October, so make sure to check their facebook page to find out when the next event will take place. 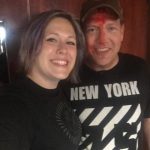